“Compelled to become instruments of war, to kill and be killed, child soldiers are forced to give violent expression to the hatreds of adults.” – Olara Otunnu

I’ve been putting off writing on this topic for a couple of months now. Why? Because it is never easy to think about — let alone write about — innocent children and how they are dragged into conflicts that have nothing to do with them. However, after learning more about child soldiers and that it is a huge part of modern day slavery while completing my Masters degree in the UK, I came to realize how deeply this subject affects me, and I wanted to shed some light on the topic 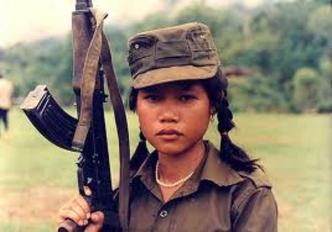 . According to UNICEF, there are approximately 250,000 child soldiers across the world, and Human Rights Watch estimates that nearly half of that number is made up of child soldiers from the continent of Africa. 250,000 children!!! This shouldn’t be, and raising awareness and figuring out what we can do even here in North America will help in eradicating the practice of making children soldiers.

The definition of a soldier found on merriam-webster.com says this: “one engaged in military service and especially in the army,” also “an enlisted man or woman.” Nowhere in the definitions that I looked up and read did they say anything about a child being a soldier, but somehow, over time, people have turned impressionable, innocent children into vessels that are emotionless, who kill and whose hearts have turned cold. How did child soldiers come about? Let’s take a look.

What is a Child Soldier? 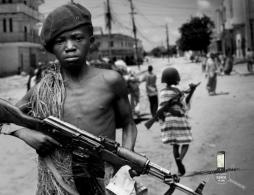 Child soldiers are under the age of 18 and are used primarily for military purposes. Some children are used to fight, forced to kill or carry out other violent acts, used as suicide bombers, cooks, messengers, informants, spies, amongst other things. Child soldiers can be either boys or girls, can be teenagers or as young as four years old. In many cases, child soldiers are sexually abused, manipulated and brainwashed by their commanders.

Which countries have the most Child Soldiers? 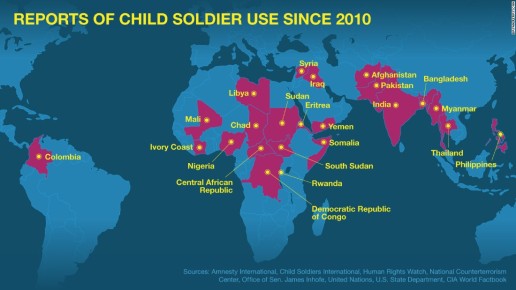 As mentioned above, there are approximately 250,000 child soldiers around the world. As we can see in the image above, child soldiers can be found in African nations, South America and in parts of the Middle East and Asia. According to a report on children and armed forces by the UN Secretary-General, there is a list which identifies armed forces and groups that recruit and use children. As of 2016, the countries that are a part of this list include: Afghanistan, Central African Republic, Democratic, Republic of Congo, Iraq, Mali, Myanmar, Somalia, South Sudan, Sudan, Syria, Yemen, Colombia, Nigeria and the Philippines. As we all have heard by now, on January 27th 2017, the President of the United States issued a travel ban on seven Muslim-majority countries, five of which are included in this list: Iraq, Sudan, Syria, Yemen, and Somalia. This post not only discusses the tragedy of child soldiers in the above listed countries, but it places an emphasis on the harsh realities of orphans and refugees beyond what may be seen in the media. 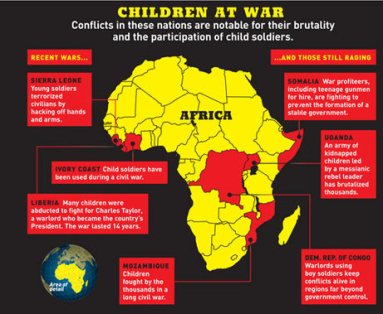 With the number of civil wars that occur in various African nations, it is no wonder that more than 125,000 child soldiers in the world are found on the continent of Africa. Children are used as nothing more than a tool within wars and because they are more compliant and easier to manipulate than adults, it is easier to kidnap them and train them to become soldiers. Also, if children are refugees or orphans, there is a greater risk that they can be abducted and recruited to be child soldiers. Those children that willingly “join” a country’s armed forces do so because they may feel that they don’t have any options. These children often live in poverty, and education is not an option for them. Hence they are more susceptible to the “appeal” of becoming a child soldier and join armed forces.

Some facts about Child Soldiers:

Dosomething.org, an organization that is “a global movement for good,” has listed out 11 facts about child soldiers, and I think these facts paint a clear picture of the realities of child soldiers. Here they are: 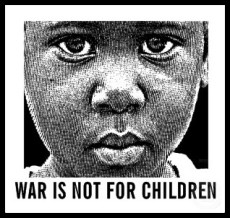 n here, in most cases, child soldiers are forced, coerced and virtually have no choice in whether they become a soldier or not. Another factor that is prevalent in other forms of modern slavery is that many of these children and youth come from countries, communities and families where poverty has greatly affected them, therefore for them, there is this false sense that if they willingly join these armed forces that they will have security, monetary value and food.

Effects of becoming a child soldier: 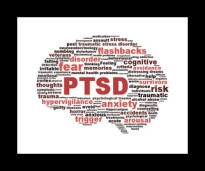 The effects of being a child soldier are long-lasting and it can take many years for those who come out of it to fully feel “whole” and feel like a productive member of society. Here are some effects according to a study by Chris Blattman, in his paper titled “The Consequences of Child Soldiering,” that those who have been or are child soldiers experience: 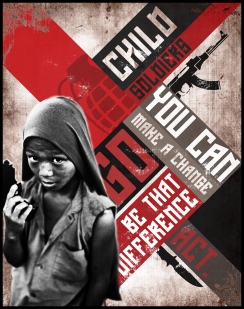 What can YOU do to help:

Get involved with an organization that works to end child soldiering. Here are a few to check out:

In my opinion, turning children into soldiers is one of the most traumatizing and life shattering experiences anyone can ever live through. It is a deplorable act that needs immediate attention to stop it completely. Seeing images, reading articles and even learning about child soldiers in school did not give me a clear picture about what being a child soldier was really like. It wasn’t until I watched the movie, Beasts of No Nation, a 2015 war drama, that I really began to understand what the full extent of being a child soldier entails. This movie really captures the process of becoming a child soldier and was shown at the 72nd Venice International Film Fe

stival, the 2015 Toronto International Film Festival and released worldwide on Netflix in 2015. This movie hit me hard, and I encourage everyone to see it on Netflix.

I believe truly that children are the future. They are the ones who will move this world and society forward and we have to invest in them and allow them to experience being a child. Not dealing with hateful, dark things that are forced upon them. Hoping that child soldiering comes to an end in my lifetime, so that the future remains bright and hopeful!

2 thoughts on “Child Soldiers: An Introduction”