[Updated July 2020: More resources to find Black-owned businesses have been added to the bottom of this post.]

With Black Friday 2017 coming and going, it hit home for me (more than ever before) how important it is to support black-owned businesses. No, it’s not me discriminating against other people and their businesses or cultures; it’s just about me recognizing that if I do my small part in supporting black businesses, then I in turn help to strengthen the black community and advance us forward in a system that is meant to keep us down.

It’s what Issa Rae meant when she said at the Emmys, “I’m rooting for everybody black.” Taryn Finley explains, “Black pride isn’t designed to block the progress of others. It is meant to empower and create space for black people to celebrate and honor ourselves in a country that tells us in no uncertain terms that black lives do not matter. It’s a necessary escape when racial tension in the world is too much to bear. It’s a tool for survival in a world that doesn’t want to see you win.”

Not only are there great black-owned business out there, but the quality of the products are top notch, thus dismantling a long time myth and stigma that black-made products are of low quality and are not as “good” as products made from another race. Blogger Lisa-Marie said this, “We don’t like ourselves, so we don’t trust ourselves enough to support one another.” Reshaping this type of thinking is not only important amongst those in the black community, but for all people of different races.

I made the decision nearly three years ago to sisterlock my hair, as I have mentioned in a post before. I did this because I love how sisterlocks look, I love that it’s my natural hair and I don’t have to worry about braids, extensions, etc. But most importantly, I decided to do sisterlocks so I could stop contributing to the billion-dollar business that other cultures make on black women’s hair/products on an annual basis. I decided that I would only support black businesses here in the Greater Toronto area that have natural products that are good for natural hair and sisterlocks. Not only am I supporting black-owned businesses here in my local community, but I am doing the three things that I will briefly discuss below, that show the benefits of supporting black-owned businesses.

According to The State of Working America, “Black people spend four percent more money annually than any other race despite the fact that they are the least represented race and the race that lives in poverty at the highest rate.” This is a problem in the black community. It is a fact that black people spend more on the latest electronics, shoes, clothes, etc. and feed into the capitalist society that runs our world. Since black people are spending more than other races, it would be beneficial if it more of that money were spent within the black community at black-owned businesses, thus generating more wealth within the community and a sense of comradery in helping to build up our brothers and sisters. Once we realize that it is a good thing to support one another, rather than feeling threatened or have mistrust, the black community becomes stronger, more powerful and united.

An important point when it comes to supporting black-owned businesses is that it opens up much-needed jobs for those in the black community as well as creates entrepreneurial opportunities. To add some numbers/stats to this, in May 2014, the unemployment rate in the US was 7.8%, while the unemployment rate for black people in the US was double the national average at 13.79%. Another stat shows that in 2013, 12.4% percent of black college graduates in the US between the ages of 22 and 27 were unemployed (Source).

This demonstrates that black people need jobs and entrepreneurial opportunities within our own communities because often times racism and discrimination comes into play and black people don’t get hired for the job because of their skin colour or the name on their resume. If black-owned businesses are supported and encouraged, then the unemployment rate for black people would not be so high. This article by Black to Business said it best: “The problem is that there aren’t enough black-owned businesses to hire unemployed black people. […] Time is overdue for change, and we must pool our resources and build our own reality.”

Supporting black-owned businesses, as it is very clear now, supports the economy within the black community. As mentioned above, many black people spend a lot of money on products and business that are not black-owned, thus making the people who own these businesses richer every day. It has always been evident to me that, historically, other communities (Jewish, Asian, Italian, etc.) have operated and supported businesses, thus operating independently, becoming successful and wealthy, because they have the support of those in their communities. 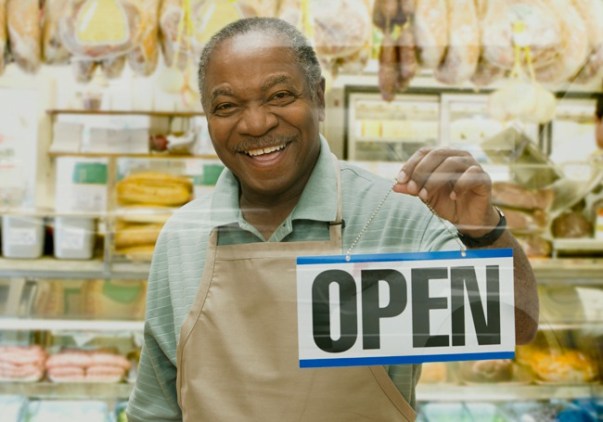 However, this is not the case for black people, as we have over time been conditioned and taught to hate each other, not support one another and be competitive with one another. I believe once we have changed our mindsets, we as black people can realize that supporting one another doesn’t just benefit that person who has the business, but it benefits that his family, his neighbour’s family, my family, etc. The most successful industries for black business tend to be in the areas of sports, arts, and music, but it is time that we branch off into other industries such as technology and engineering. Once we support black-owned businesses, we strengthen our community and in turn strengthen both the Canadian and American economies globally.

So this holiday season, don’t neglect black-owned business. Use your buying power to strengthen communities, create jobs and grow the economy.

A few black-owned businesses to check out this holiday season…

Or check out these lists…

One thought on ““I’m rooting for everybody black.” The importance of supporting black-owned businesses”